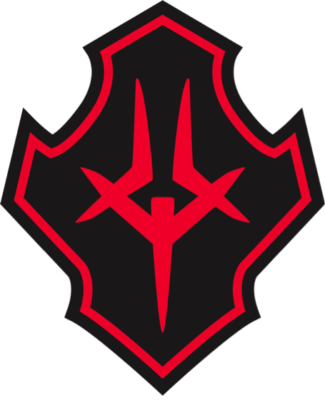 Okay, I got really close this time. I added another thousand words to the Flame in the Darkness article, and I was all ready to actually make it go live this time. Then I looked at what I’d written, and an overwhelming wave of ‘Nope!’ struck me, so we’re doing this instead! Tune in next time for what will no doubt be the next step in the ongoing Procrastinatathon that is my relationship with that article. 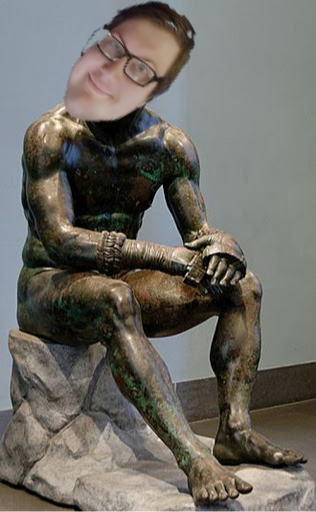 Hopefully, this one will be interesting though. I got asked over on Discord about a statement I’d made… somewhere, I can’t remember where, when I claimed that Infernals were a Turn 4 faction. I elaborated a bit on my reasoning behind that in there, but I wanted to try and make a full explanation of what I meant without going too long (because this article could very easily turn into Infernals 101, and that’s a topic that I want to approach with the depth that it deserves). Basically, I think that the core Infernals gameplan often gets misrepresented. As far as I’ve heard it stated, PP’s intention was to have a faction that’s weaker as it goes on, because it loses its key pieces to Summoning and attrition. Likewise, non-Infernals players often characterise the faction as being stronger as it goes on, because more heavies more better. What I want to lay out here is the idea that there’s a peak of Infernals strength on the table, and that our harder matchups are ones that don’t let us play to this peak, by having a peak on the table that’s on one or the other side of that. 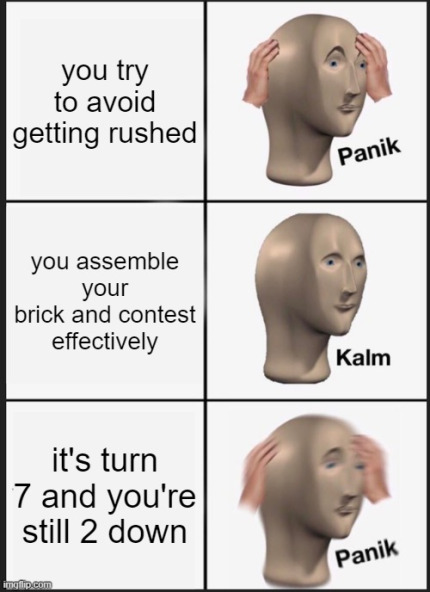 Basically this but unironically and also every single game ever

So first off, let’s talk about why I think that Turn 4 is the peak. Basically, people aren’t wrong when they say that the faction wants to build up. All the memes about 4 point heavies and such are kind of true to an extent? Like, unless a particular cheap Marked Soul (Eilish1, Eilish2, Orin1, Orin2, Runewood2, Nicia2, The Wretch) is really key in the matchup, you can usually lose them without too much thought about it, and get a model in exchange that’s really good at doing work… or a Soul Stalker, but I digress. Infernals are also good at stalling to get to this point. We have pretty long threat ranges that can force our opponent to step back, we’re able to leverage Countercharge, Wailing, and Anathema to make our opponents engage on our terms, and we have good ways to chip off contesting models to score defensively back at people. Likewise, we can pretty easily manufacture throwaway models to contest with by using Princess Regna, and because you don’t necessarily need to contest every element to stay in on scenario, you don’t really need more resources than that in most games, because you just position your brick of heavies to lock down any central element (or at least force a big commitment to shift them, which you can either block altogether with your toolkit or at the very least make it costly). However, the tradeoff to this nice early game is that big pushes at this stage are pretty tough to make work – even when you start with a fair few heavies, sometimes you can find that just having a couple extra on the board isn’t always enough to make enough of an attrition push to end the game early. You’ll be able to do some work, don’t get me wrong, but I’ve found that even when I deliver a pretty crushing blow early on, the amount that I lose in return often hurts too much for me to get enough back into the game that I can pull out a win.

Once you’ve got to around Turn 4, though, you can typically Summon with Roget d'Vyaros, to free up Essence for your Master, and start making big plays. Typically, this is your Feat turn, so you’re usually going to break the back of your opponent’s army at this point, giving you a good amount of turns to cruise to Turn 7. After this point, though, we’re in a bit of a rougher situation, because we’ve likely blown our Feat and as such can’t leverage whatever threat it provides, and our Horrors are going to start taking damage after we’ve committed them regardless of what tools we have left. It’s also going to be a fair bit tougher to Summon from this point, because all of the easy choices are gone, so while we’ll hopefully be in a good position from having crushed the body of our opponent’s army, we’re going to have to make some difficult choices about what we trade. This is a pretty brief summary, and if I do Infernals 101 I’ll be sure to expand much, much further on this, but for now it’s good enough to get my point across. 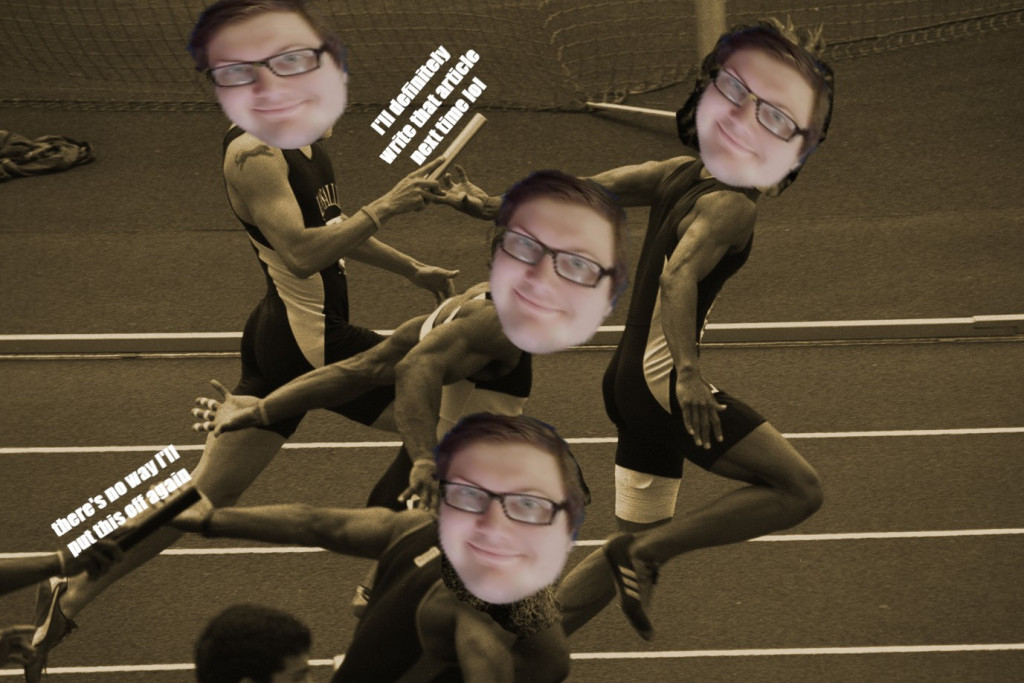 Procrastinatus’ descendants later refined the Procrastinatathon into a weekly race, a tradition I’m proud to carry on

So it’s worth noting that at all of those stages, Infernals are always in a position where at least one of our resources is in a good place. What I think unifies and defines our bad matchups, though, is when we’re forced to engage at a point that isn’t that. The classic example of this is when we’re forced to engage early – anything that rushes at us, basically. Typically, these lists will go fast and hit hard, and there’s a few of those in the wider tournament meta right now. They may not score a huge amount early on, though sometimes they do, but the goal is basically to get as much attrition done as early as possible, so that we’re Summoning to replace heavies rather than to add them. That means that instead of getting bigger and bigger, we’re capped at a certain amount of attrition work that we can realistically do in a turn, so we never just chunk their army in one go and win from there, instead being whittled down over time.

However, I also think that a situation that’s just as bad for us is one where we can keep Summoning over and over again, but it doesn’t actually make our position any better come Turn 7. Basically, any list that can match us for generating value turn after turn (there’s not many of them, but they exist, and it’s worth discussing in case future releases go this way too) can get to a point where even if attrition is going well for Infernals, they can just hang in until Turn 7, and kill exactly enough to get a point ahead on scenario (or even tie, if points destroyed will tiebreak in their favour – not exactly an impossible situation against Infernals for sure!). Anything that can stick around to this point is rough for us I think; one of the things that helps us win around Turn 4 is having done enough attrition work to start safely devoting pieces to scoring elements, and if our opponent’s army is still a viable threat at that point then we might not be able to do that. Winning with Infernals is often a matter of trading points for time, but in games where that can come back and bite us in the ass due to not being able to make up the deficit fast enough, we can end up in a rough situation. That said, I think that when someone tries to play a Turn 4 game into Infernals, they’re probably going to lose. The faction is just better at it than everything else in my experience so far – that’s their niche, because going for a slow and steady scenario win is kind of off the table with all the denial that we have access to, and then we’re probably just going to smash them back to the point where they don’t have the resources to try and stall us out to Turn 7 in return.

This probably isn’t hugely controversial at this point; I feel like most Infernals players probably agree with this assessment overall? However, my goal here was to lay some groundwork for future articles on Infernals tactics so I don’t have to re-explain the overall approach that I’m going for, and so that if I’m wrong and people do disagree we can have that debate now so that I’m wiser by the time it comes to the next part of this sort-of-series. Either way, let me know in the comments below, and I’ll see you all next article 😊