Oh, my children, I have watched you, and you have strayed.

Don't misunderstand; I'm not disappointed. You lacked guidance, after all, in dark times. The Faction was nerfed, twice, and all I had for you were platitudes of deploying differently and changing nothing. And so, you strayed.

But fear not. I'm never going to play this Faction competitively again. But I am committed to ascribing all my lore in this little dark corner, so that my legacy lives on, poisoning local metas and making deathclocks beep the world over. You can expect me to post Infernals content semi-regularly, because the sooner I get all of this into writing, the sooner I NEVER EVER HAVE TO THINK ABOUT THIS FACTION EVER AGAIN AASDFGHJKLQWERTYUIOPZCVBNM 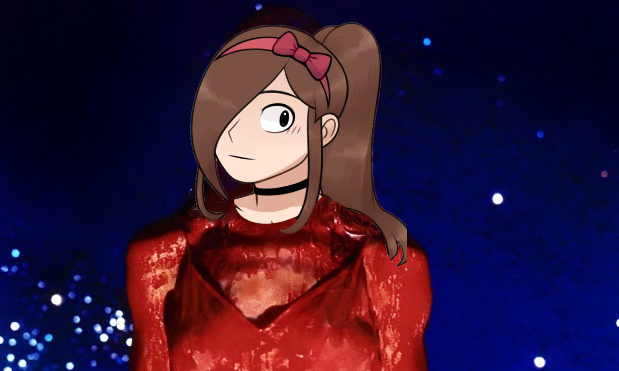 Ahem. Sorry about that. Don't worry, we'll get to the entertaining rant where I get things off my chest about certain.... choices... that have been made in recent listbuilding. But for now, I'm going to tackle a subject I should honestly have looked at a lot earlier. You see, I've been pretty narrowly focused on refining the optimal Dark Legacy lists whenever I've interacted with the Faction. It's gotten to a really fine point, where the changes being made are tiny, but what I've lost sight of until now is that those lists only matter to a relatively small proportion of the player base - that is, the ones who've really mastered the Faction, and are trying to get to the level of perfection where pretty much every matchup is just a win if you do it right. Instead, what I'm going to focus on today, and maybe in the future if I think of more to say, is the kind of list that you should be playing to get to that point in competitive play. Now there's an interesting discussion to be had regards how to improve at the game, because a fair and well-reasoned argument could be made that you should learn with the optimal lists, because at the end of the day it's going to be what you end up playing. However, I would argue that, at least in this case, it makes sense to have some stepping stones, because the Infernals experience at top level is a. balanced on a razor's edge of perfect plays and b. fucking boring to the vast majority of people, so I'm going to do it. Also, one of our Patreon backers, Hatshop (who is a babe), asked about it, which is triple the reason, really, because, as mentioned, Hatshop is a babe. (a babe, I tell you)

Without further ado, here's the first lists I'd recommend starting with, with the explicit intention of making them 'easy mode', so to speak. 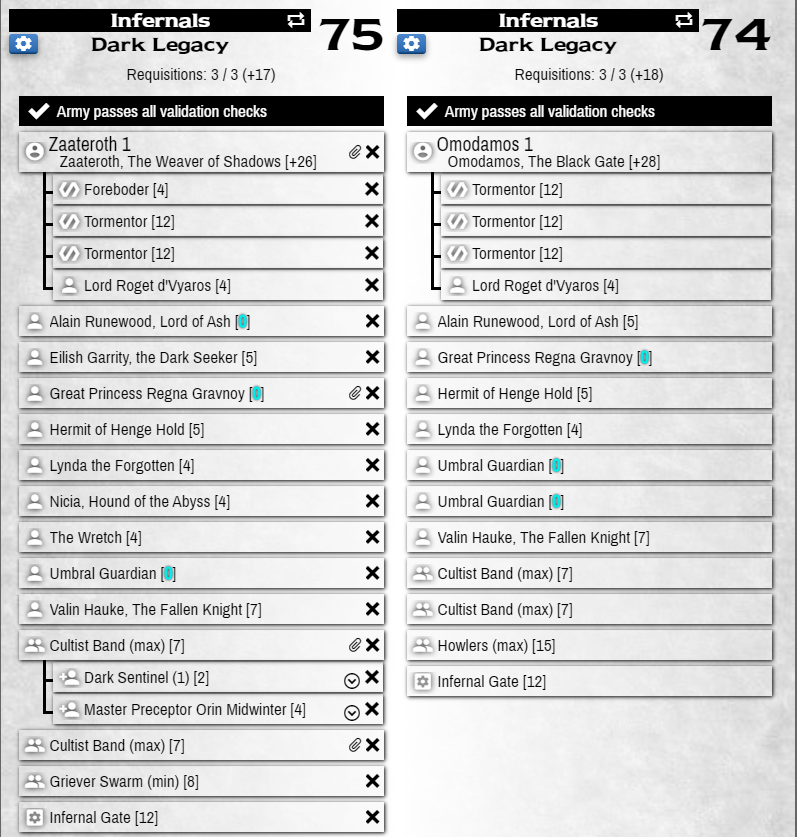 Now you might be surprised that we're starting with 75, but we're building competitive lists here, even if we're tweaking them to make them a bit more user-friendly. I've focused on a few key design precepts here, which are as follows.

Firstly, pack a bunch of Marked Souls. Until you learn to protect them properly, they'll get sniped out, so it makes sense to have some redundant cheap ones in that regard.

Secondly, have some Umbral Guardians, which help with any mistakes made in placement of key pieces.

Thirdly, more Cultists. More to Sacrifice, more to lose to getting sniped out (noticing a theme here?).

Fourthly, no Agathon Voice in the Darkness. Just no. Waaaay too finicky.

Finally, fewer Tormentors. Gotta compromise somewhere, so it may as well be with the models you're gonna struggle to move through now, because the Valin nerf was soooooo impactful and reeeeallly Faction-defining and aaaaaaaaaAAAAAAAAARGH 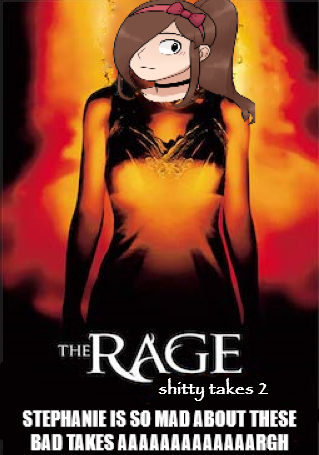 Okay, okay, we're back on track, I swear.

But yeah. The main thing making me cringe while looking at these is the inclusion of the units; namely, the Howlers and Griever Swarm in there for scenario. Ultimately, those units are absolutely training wheels pieces, and we are going to ditch them at the next step, but I wanted to present the option before I do a 'how to scenario' guide and explain myself a lot more in depth. I see this training method as breaking down into a sort of three-step process. First, you get your head around the Faction in a relatively normal environment, where you have units and can put things on flags, so this is what we stick with. There's a few things we can do with these lists; the first being to actually Sacrifice Cultists on the regular. One of the big things I don't see people doing is using their Master's boxes like an Essence battery, because they're worried about getting killed. Until you've practiced setting up the brick, I can see why that might be a concern. The second is, as mentioned, to put Marked Souls on flags, which... honestly, saying that fills me with a deep-seated revulsion, but if you feel the need to interact with scenario like a fucking peasant, then this is a good way of doing so - and who knows, with Umbral Guardians some of them might even survive the journey. 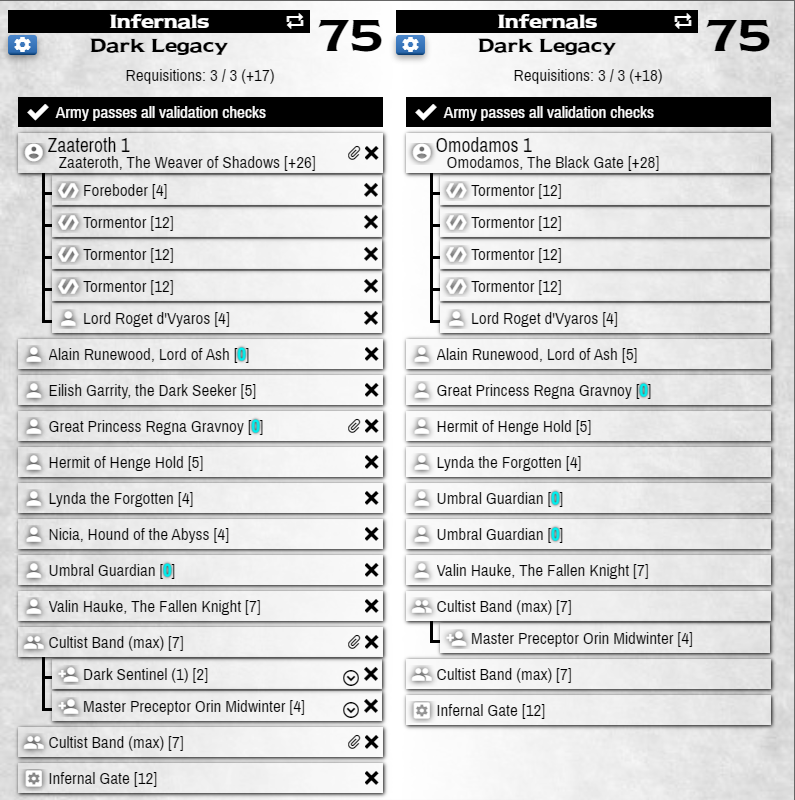 The next step is an intermediate graduation, where we slowly take off some of the training wheels. Not all of them, but I'm going to go part of the way there. What y'all will find is that that this is gonna be the jump where you really go deep into learning how to engage with scenario play without really engaging with it, because we're cutting the units here, but at least we're not making that jump at the same time as we take a big hit on the Essence economy that we then have to learn to manage under less than ideal conditions. There's still a bunch of Marked Souls and protection thereof, so it's a little easier to keep your Summoning economy going while you adjust to this new world  We've at least hopefully learned the basics of the Faction at this point through the school of hard knocks - maybe some other time I'll do a hand-holder where I walk through the very basics, which I'm not dismissing because it was useful for me to write for myself back when I very first started, but within the scope of this article I'm making that assumption and moving on.

Basically the next goal we're going for to get these lists to the finely honed competitive edge is to slowly bleed off on Marked Souls and Cultists. We're maintaining some redundancy to the overall gameplan, but tending more to getting the models that are actively going to win us games. I'm going to wrap this up here, because I've accomplished my initial goal of getting the salt out of my system setting up a baseline that Infernals players interested in competing with the Faction can work from without the gruelling work of basically unlearning all your old instincts, but I'm going to use this as a basis for working from stuff in a future article or articles. Let me know what you wanna see next in the comments; while I give priority to Patreon requests like this (and if you chad it up and Tier 4, you can actively make me write about stuff, which is win-win 'cause it gives me direction), I do try to provide vaguely useful things, and my memeing about salt aside, I do genuinely want to see y'all develop and get better at playing the Faction :) I'll try and have the next one up at some point in the next few days, where I'll go into what I reckon are the optimal lists right now (or I'll just do something else; we're not having a repeat of the Flame in the Darkness writeup attempt, and if something else comes up, I'll talk about that instead), so until next time!