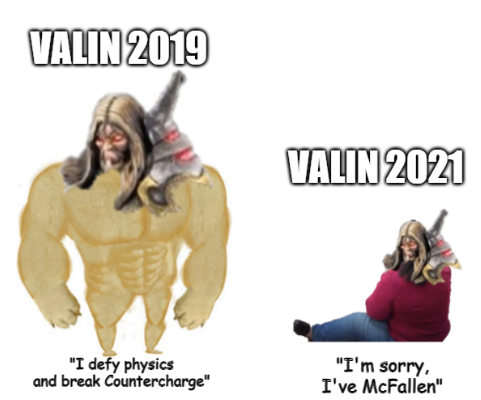 So the next article I had planned in this series was opening up the big long general treatise on Infernals management and positioning. However, it's going to be kind of difficult to write that if I have to keep going off on random tangents to explain my takes on things. As such, today I'm going to be picking up on something that, if you've read the previous article, you'll know well makes me hugely, hugely salty - the reaction of several Infernals players to the Dynamic Update that changed Valin. Now, y'all are entitled to your opinions, that's fine, but a. this is KnightsMachine and we worship the One True Opinion, and b., more seriously, I believe that the current trend of leaving him out of lists reflects a misunderstanding of what makes him important to the Faction, because as far as my experience has went, Tactician isn't even the most important thing he does.

First off, let's address the big concerns; namely, not being able to Countercharge your Tormentors through each other, and not being able to move through the Infernal Gate. The former has historically been a very powerful aspect of Infernals when it comes to piece trading, because the first thing that gets sent in might just end up being eaten. The latter is more of an ease-of-use thing - the Gate is typically sat relatively close to the centre of your list, and thus could be seen to be getting in the way without Tactician. There are other things, such as when you Summon a Desolator in front of your brick to put an Anathema cloud down and then need to move back through your own lines, but generally I find the ones listed above the be the most often-cited issues, and the Gate to be the most cited of those.

So, let's address the issue with the Gate first. I tend to see it as being a bit like rough terrain close to your deployment zone, in that you only really have to deal with getting past it once, and then it doesn't actually matter for the vast majority of your models. generally, the key models that you're going to want to get past it early on are the Tormentors, the Hermit, Regna, and possibly your Master depending on who you're playing (Zaateroth probably doesn't want to move too far up early on, but the other two do). Now if you're going second, you may have to make concessions to very fast armies opening the trade against you - at which point, I just recommend doing the same thing I'm describing, only a little slower, with concessions made to staying out of threat ranges in those opening turns. Basically, it looks like this (I was gonna do a whole-turn diagram, but that's extremely miserable). Yes, I am showing you a diagram of simply going around. If that seems patronising, just imagine how I feel after watching all the panic :D 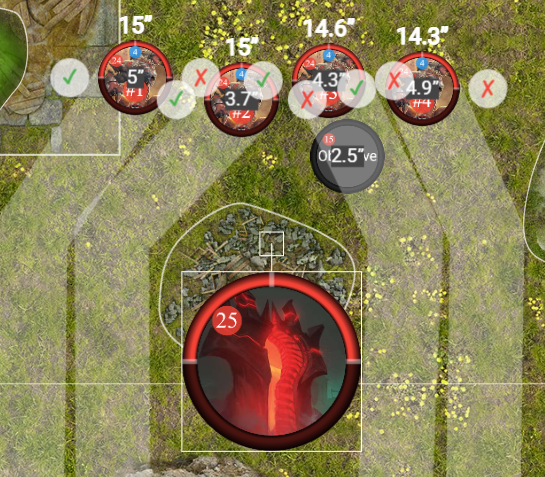 This is the kind of high-level analysis your Patreon funds support. (You wish, bitch; all the Patreon funds go to Shipmate so you'll just have to work for a living -Ed).

Next up, Tormentors. This is where I do make a concession that the nerf had an impact, and that the detractors have a point; indeed, it's probably the more impactful change. Absolutely necessary, because it removed a lot of counterplay against Countercharge (hard to exchange pieces to engage models when you just get eaten by ones you physically couldn't engage from behind a screen), but impactful. What I will say is that, while this is objectively an impactful nerf, I've ran into situations where I Countercharged outside of the old Tactician bubble, and honestly? You can position around it to an extent. The difference is that instead of absolutely mobbing whatever comes in first, you're only getting a couple in, so combined with the MAT nerf to Tormentors, taking off high-value Solos before they get to make an attack isn't really on the cards any more. This will be important in a moment, but basically, the point I'm making here is that yes, the comments that this is an impactful hit are a fair one. I just don't personally think it's one that hurts matchups to a degree that's going to flip the ones you're winning already. What you end up using Countercharge for is going for crippled systems on whatever comes in, and you don't generally need a huge amount of Tormentors to get that result. Furthermore, when you're playing a game based around threat ranges and positioning, I dunno about y'all, but the positions I've chosen generally tend to be chosen for a reason - i.e. staying out of certain threat ranges. As such, moving forward from there is a calculated decision, and I've found a lot that a canny opponent can hold back some of their key threats to wait for an unwise Countercharge. Basically, what I'm driving at here is that while I'm not going to defend this as not an impactful nerf, I don't personally think it's a significant hit to Valin's viability, especially in light of what his other abilities do for the Faction.

Let's get into it. First of all, Brother's Keeper randomly swings matchups by itself. Sometimes your opponent's tech/Feat/gameplan is just completely switched off by this bloke on a horse just saying No to Ice. 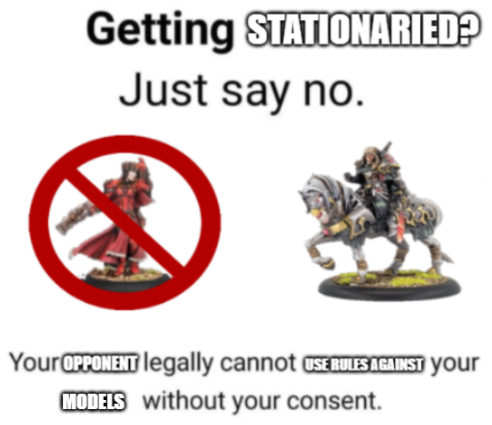 Seriously, this is a big, matchup-defining thing. Firstly, not having to Shake Stationary is a nice little balm for the Essence economy (as if it needed more); secondly, removing a counter to Zaateroth's Feat is a great way to make it even more of a game-decider, thirdly, fuck Death Archons. They're annoying when they're just putting big damage Annihilator swings into Tormentors; they're a threat when they also disrupt the Essence economy by forcing you to Shake. The big one, though, as I said, is being able to randomly write off an entire class of abilities and Feats dictates pairings and matchups to a significant degree. In a standard two-list SR, you can guarantee you're not going to see the Sorscha1 list, and in team formats, people playing such will be at pains to avoid you, which allows your team to plan accordingly.

However, what really makes Valin important (and, honestly, makes me wonder what the people who've dropped him have been doing this whole time) is the fact that he is pretty much the tankiest Solo in the Faction, and can reasonably expect to survive sitting on a flag. Between rules like Deceleration, Long Shadows, Anathema, Countercharge, Tough, Brother's Keeper, and just straight up having 10 boxes, Valin takes some serious investment to bring down, and sometimes you just plain lucksack someone if you can roll a bunch of 5s. And, as with all things Infernals, all those mid-to high-value attacks going into him are attacks not going into your Horrors. The best part is, he only really needs to survive all of this for one turn - again, I'm going to talk more about the scenario rhythm of Infernals in a followup article, but you basically only need to stay in the scenario game for a couple of turns until you reach critical mass. As such, he doesn't need to survive multiple rounds of stuff going into him. If he survives on a box? Well, next turn... 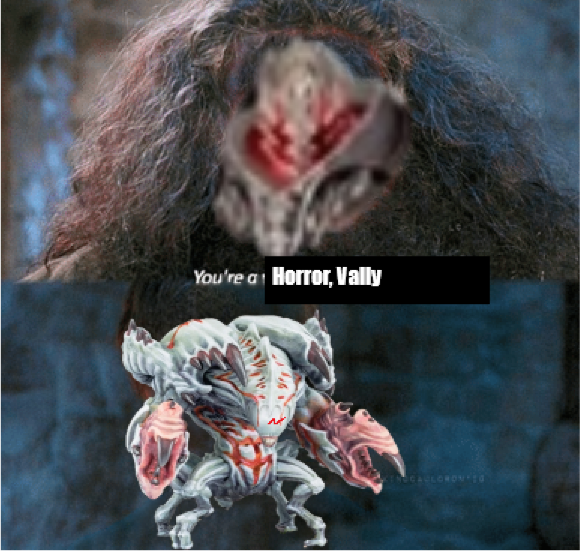 This is veering into a veeeery long discussion of scenario though, so I'm going to wrap this up by addressing one more thing - opportunity cost. Our horsey boi is a pricey 7 points, the most expensive Marked Soul in the Faction, so you could reasonably argue that dropping him gives you more Solos to Summon with. It's realistically more than one, as well, as you can probably move your Cultist setup around so that you get an extra 2 points, allowing you to grab, idk, a Wretch and Eilish2. Let's go with that. But my thought is, nothing else in the Faction is accomplishing the role Valin does with regards to flags and altering list drops - all you're really getting is some extra redundancy in your Summoning and whatever rules your replacements are bringing to the table, which no doubt will be good, because of the range of things you can fit in that slot, but you're probably taking the absolute best ones anyway (for example, let's be realistic, Runewood2 is already in the list unless you got fucked by the supply chain), and my thought is, you've already got room for enough disposable Marked Souls to get you through those crucial early turns.

Anyway, that's my argument for RulesWack Horseman. It's gotten the remainder of the salt from last time out (at least until I calculate the Infernals winrate at VTC, which at the time of writing I am refusing to do in favour of eating grapes and crying about spreadsheets), and hopefully it was a useful read to inform your listbuilding. I'm currently explaining how to Infernals to Sykes, which is really helping to get me over the mental block of "I don't want to think about Infernals" through the tried and tested mom-friend override, so expect more soon :)