“The Prime Conflux is a mess of rules”

“In almost every case right now, the Prime Axiom is better.”

“The Prime Conflux, such a bad colossal.”

I see comments like these online constantly whenever discussions about the Prime conflux come up and I’ve decided that enough is enough. My poor baby is a victim of libel and slander and I’m here to set the record straight. So, grab a brew and buckle up as I break down why the Prime Conflux is such a fantastic model and is, in my opinion, the better of the Primes. 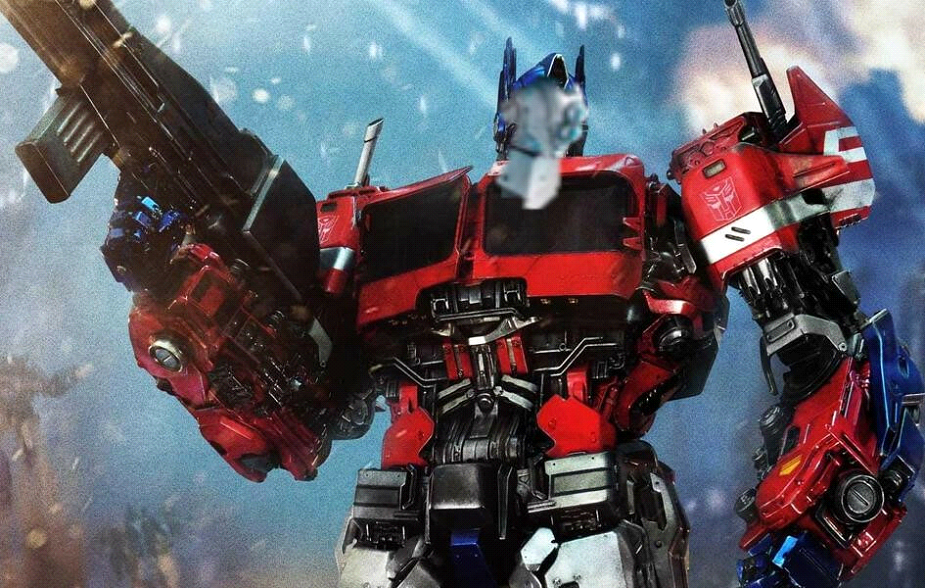 With one obvious exception.

So first off, let’s talk about the Prime Axiom and why it is lauded as such a powerful Colossal. When you look over Colossals, there is a trend for them to be ARM 19 and SPD 5 besides The Conquest, The Victor, and The Vulcan. The Axiom ‘chassis’, however, doesn’t need to make any sacrifices (Besides the stupid MAT/RAT X rules) to get a wonderful combo of the best of both, being SPD5 and ARM20. While 1 ARM might not sound like a lot, on the table it absolutely is. Colossals usually die to charging infantry, be they Weapon Masters or just really hard-hitting boys like Legion of Lost Souls. What this means is that they take a lot of attacks to put down. You’re never going to 2 shot a colossal (Unless you’re Stryker 2 and roll really well on Overload) so that 1 point of ARM can equate to 5 to 10 less damage on your Colossal over a turn if they are hitting it with that many attacks, which in my experience often leaves it alive and kicking on just a few boxes – a potential game-winner given the difficulty of crippling a Colossal’s systems. The second amazing feature of the Prime Axiom is that it launches Solos. They’re not amazing, but they are free, meaning a constant source of costless flag cappers and/or contesting models. This helps to mitigate one of the big weaknesses of Colossals in general in that you have so many points sunk into one model your board footprint is often smaller. Having it churn out models for you to throw around each turn is so, so potent and having those extra models can often mean the difference as to whether you’re able to contest on turn 6 and 7.

At this point, I’m going to bring the Prime Conflux into the discussion. The Prime Conflux also has both of the advantages that the Prime Axiom has, differing in ranged output and melee special rule. So let’s start with ranged output. The Prime Axiom sports two RNG11 ROF1 tow cables that have no POW but cause an automatic point of damage thanks to the rule Puncture, which combined with Drag is decently powerful on paper and  is often the reason given for why the Prime Axiom is better. But we have to consider one important fact. This game is not played in a vacuum. There are a lot of things that can deny the Drag, including, but not limited to Shield Guard, Immovable Object, the Anchor benefit from the Dugout objective in Steamroller,  and regular terrain like walls, buildings, or even just line of sight blocking terrain like forests, and thus these tow cables become much more niche and clunky than they seem at first glance. Its other gun is interesting but also has problems. The Accelespiker is ROF 5 and POW 11 with a moderate RNG of 13. Again, this looks like a gun that is very capable of mowing down infantry but there are two things to consider. First, our Vectors are plagued by all of our casters having garbage RAT (Besides our lord and saviour Eminent Configurator Orion but I’d argue he probably wants Monitors and Tesselators more). The best you’re going to get outside of him is 5 (Or 8 on Iron Mother Directrix's Feat turn, but that isn’t enough to win the game in my experience), which means into most infantry you’re looking to need 7s, possibly 8s to hit, which in turn means the gun’s accuracy is not super great unless you’re boosting, and the main RAT buff in faction in the form of Flare is pretty rough to deliver efficiently to the light infantry that you want to shoot with this. The second problem is linked with the issue of needing to boost. Likewise, I don’t think that POW 11 is particularly good. You end up needing 8s to kill a standard Shield Wall infantryman like a Legion of Lost Souls or Obstructors, and this problem only gets elevated when buffs get stacked on top, meaning that often to get any work done, the spiker needs to boost to hit AND to damage and when you only have access to a maximum of 3 focus this usually amounts to your Colossal killing 2 or 3 infantrymen at best. 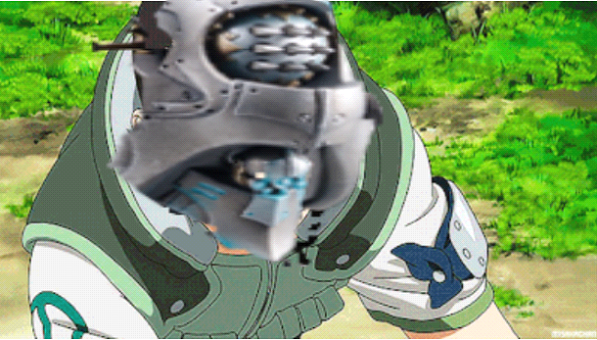 Now, to contrast, the Prime Conflux. The Prime Conflux swaps out the Accelespiker for the very bombastically named ‘Arc Flash Generator’, which, while not having the most impressive firepower for a colossal does at least have an artillery-like RNG stat which lets it contribute from a ways away in relative safety. There are some other things of note about this gun. Firstly, it’s lightning typed. While this is a drawback into some lists, it is generally a positive for us here, due to the Ionization Servitors it launches all having Ionisation as a rule to have us swinging at a more respectable POW15. Reload [1] lets us put some decent hurt out with a 3-focus load if we can hit consistently, but what I really want to talk about is Directed Currents. I’m not going to try and big up this rule, as it’s a bit janky and could do with some cleaning up, but it is by no means as awful as people make it out to be. Oftentimes I’ve been able to sneak 2 – 4 bonus kills just by blasting a model I was going to be shooting anyway and with so much Vengeance around at the moment it not being an attack makes it all the more useful. It’s not the reason you take him but it is a handy rule to have. But that’s enough lightning for one paragraph (bold of you to assume your paragraphs are going to stay the same -Ed), so next we’ll look at the Homing Ripspike. Rather than compare them to the Tow cables that have distinctly different roles, I actually find they compare better to the Accelespiker. Just looking at the killing power, I would rather have two shots with inbuilt re rolls to hit, than have 5 shots without. Yes, the potential ceiling of 5 is better but I prefer the consistency that rerolls allow. They let you make cheekier plays, going for models with Dodge without clenching your butt as much for example, but rerolls also serve as a kind of psuedo-boost to hit, which lets you save Focus for the more important parts of the model. Finally, Beacon provides a table wide threat and gives you 2 extra inches that your opponent needs to respect which I think is a more powerful tool to have at your disposal than a Drag effect that we’ve specified can be blocked in a fair few ways. 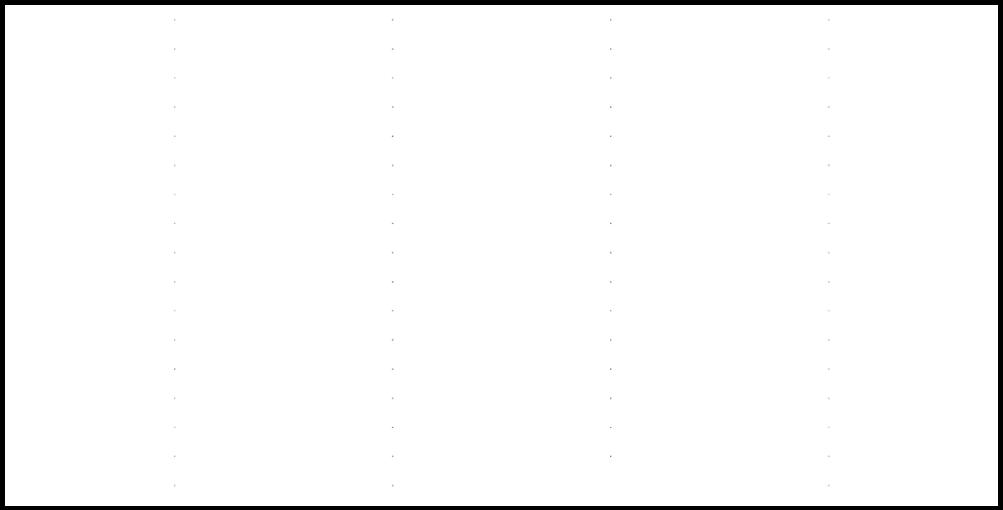 Next, onto melee. The Prime Axiom’s Sustained Attack is never going to be a bad rule to have, particularly on a model with Colossal hitting power. The Prime Conflux however, doesn’t have drills for hands. It instead has Covid Coils… I mean Corona Coils. Well. No wonder nobody likes this model. Anyway, strange CoC naming aside, it does have good rules. Capacitor Discharge Is a rule you may look at and think “Well this is pointless”. D3 extra POW10 damage rolls whenever you hit someone with an initial attack. “It’s POW21, what is it hitting and not killing that POW10s will hurt?!” Well, first and foremost. There is a certain bearded, 5 point knife ear that is in seemingly every list these days. The Prime Conflux is one of the few models that can actually kill The Hermit of Hengehold full to dead in 2 hits, even with a mad visions on himself. “Bahhh, one model in the whole game that this rule is good for? Come on Paul, you’re clutching at straws here!” I was hoping you would say that, strawman that I invented. POW10 is deceiving. First. It’s lightning damage and since the Ionization Servitor spawns in the maintenance phase now you will always have an Ionization Servitor available to make these extra hits POW12. That number is much more respectable and if you’re hitting light Warjacks or Archons it often can (and has) finished off the last few boxes that you haven’t done with the initial hit, which saves you buying an extra attack. Still not saucy enough? Let’s throw Dark Shroud, which we have access to in every list in the disposable form of an Asphyxious the Sanctified Annihilation Servitor. How do POW14s sound? That’s a number that will make dents in some of the lighter armoured heavies in the game! If you want to get real naughty then combo it with yet another debuff, like The Hermit of Hengehold's aura or Imperil from Iron Mother Directrix and you can make these poxy little pow 10s absolutely chunk fools. Now the big question. Would I rather have this, or Sustained Attack? The answer is definitely Capacitor Discharge. Almost all the time. Convergence aren’t really a faction that struggle with amping up our melee accuracy, so Sustained Attack, while nice, really isn’t something that I’m clamouring for in this faction. 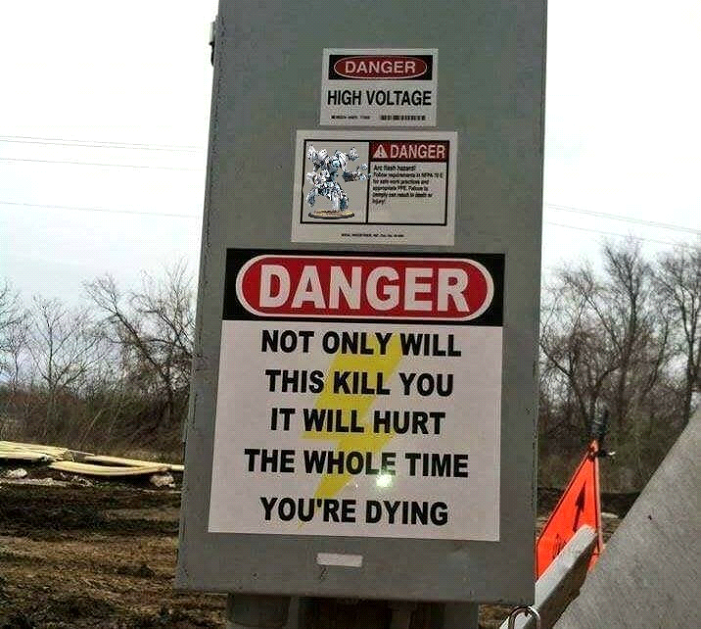 And now the final section, the extra rules that are unique from the other. Little bonus cherries on top… What do you mean the Prime Axiom has none of those? Oh, well I guess I’ll keep bigging up the Ptime Conflux then. Immunity to Lightning. Remember when I said lightning typed weapons were normally a disadvantage? This is why. The new hotness of Artificer Prime Nemo (as much as I don’t rate him) is quite popular and happens to have a lightning typed gun. Similarly, Storm Striders, the Firefly, and the Storm Raptor are all unable to interact with this model besides limply punching it in melee, which isn’t going to do much to his chad ARM20 frame. Lastly we have a rule that anyone who regularly plays Circle should be familiar with. Plasma Nimbus, a POW10 lightning damage roll anytime someone hits you (unless the attack kills you), that we can amp up in the same was we discussed earlier.

So, in conclusion, the two Primes serve a different role. One as a board space bully, relying on a decent match up so it can leverage its powerful Tow Cables to force favourable trades or less than ideal positioning. The other, shoots shit from downtown and then comes in to sucker punch you while also having a cheeky little defensive tool to help keep it punching, even when it’s in trouble. Whichever one you reach for you aren’t really making a mistake and I think your ‘caster will often influence which you want for the jo… Oh. Wait. The Prime Conflux is also 4 points cheaper? Yeah forget what I said. Prime Conflux is bae. Use the Prime Conflux.

Back to Convergence of Cyriss